”In his compositions, Erik Hanspers has showed great interest in idiomatic playing techniques and developed a unique sound. The pieces he compose are challenging and engaging, with a high level of artistc quality and depth.”

”Songs from the other side are four melodic and organic choral pieces, which beatifully unfolds the world within the texts. They are immidiately ear-catching and at the same time complex.”

”While working on Field notes from the end of the world, both Eriks music and leadership played a crucial part. As a leader, Erik is always well prepared and precise, while at the same time creating a safe and concentrated space during rehearsals. Eriks music became a beautiful and original musical world that came to shape the aesthetics and spatial design of the production.”

”Already as a student, Erik Hanspers showed an extraordinary musical curiousity and creative ambition. As a composer, he has developed his own ’tone’ with emphasis on vocal idiomatic, serene expressiveness and sensibility.”

Kjell Perder, composer and former associate professor at the Royal College of Music in Stockholm. 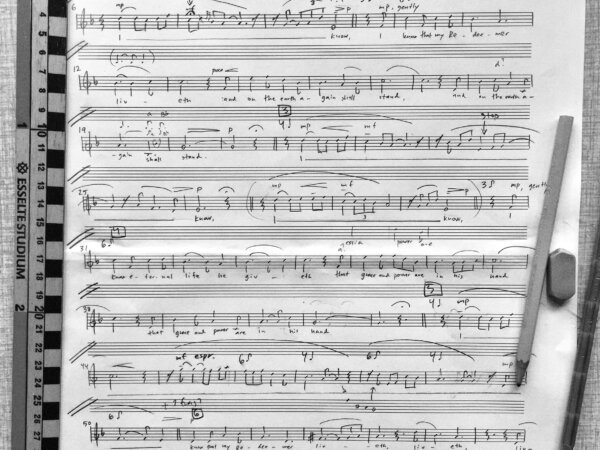